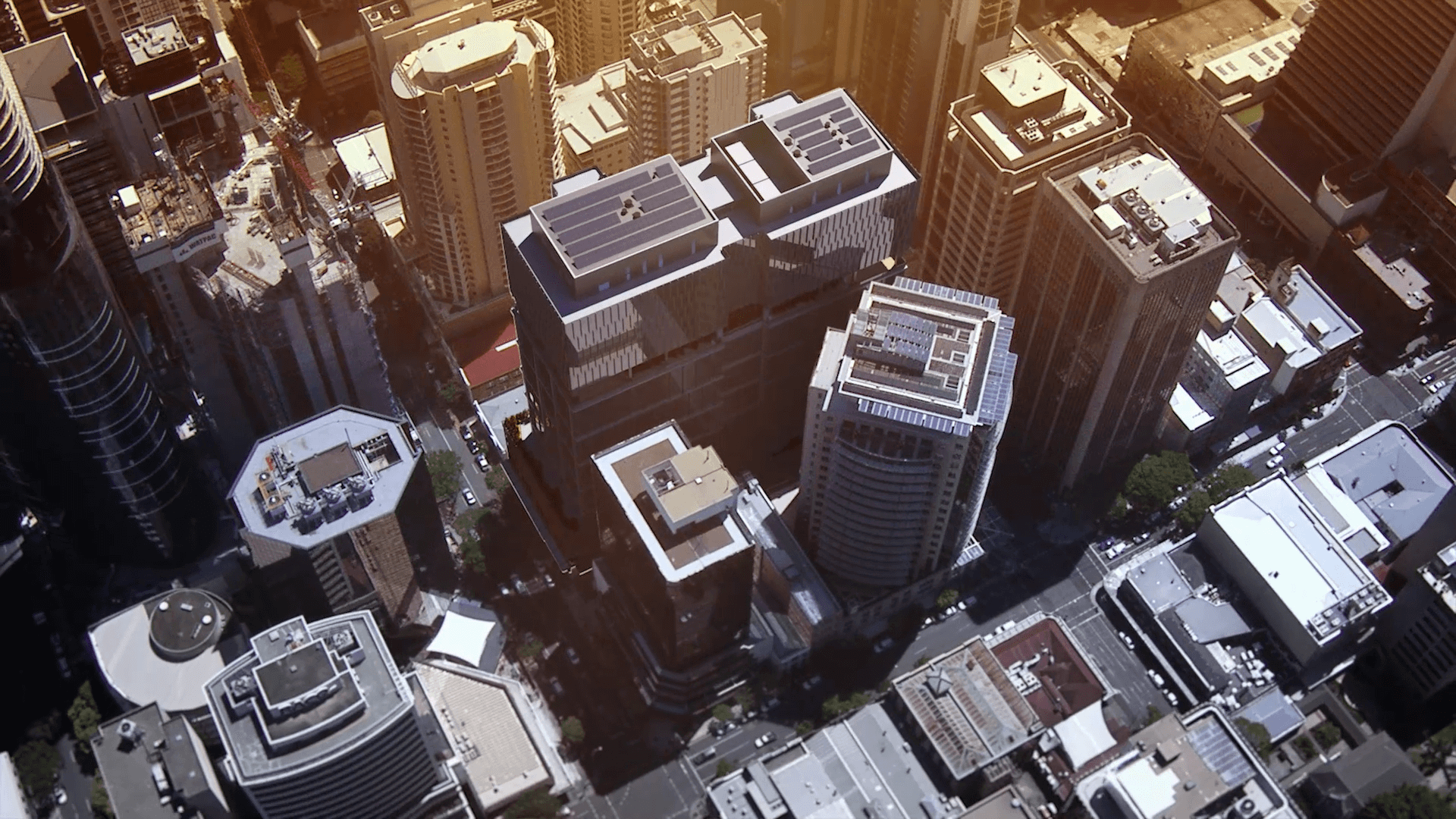 Two 1980’s government office buildings in Brisbane’s CBD are being ‘stitched’ together and topped with 7 new levels to create a single A-grade office complex, called Midtown Centre. Architects on the project, Fender Katsalidis, say it’s the first time two buildings have been joined together in Australia.

To connect the two buildings together, the precast panel facade was removed and new post-tensioned floor slabs with new supporting columns are being constructed in the 13 metres that separates the existing buildings.

"We're leading the way for more environmentally-friendly reuse while meeting objectives by creating large floor plates that would otherwise be unattainable in this CBD location," Curzon said.

90% of the existing buildings will be retained, which is expected to save 11,000 tonnes of CO2 that would otherwise be created from the supply of new materials.

Structural engineer, Joshua Falco, told This Is Construction that executing the vision of bringing new life to the existing buildings was a tedious but rewarding challenge.

“Partial demolition required extreme care to ensure that structural integrity was maintained,” says Falco, “this demanded a process of staged demolition and propping to support the retained structure, in some cases up to 3-storeys high.”

Twin concrete cores in the centre of each building, which house the lift wells and stairwells, provided lateral stability for each existing building. Rock anchors in the basement levels were found to be providing additional lateral support for each building’s core.

“By thickening the critical face of the core, its capacity could be increased from 14.6 MPa to 15.8 MPa and top lateral deflection was reduced by 10%.”

The existing columns and pad footings were also strengthened by wrapping to increase section size.

“Ultimately, the strengthening works allowed the addition of 7 new levels on top of the existing structures. The new infill structure also provides support for the new levels,” says Falco.

With only a 20 mm height difference between the floor slabs of each building, the new infill slabs could be joined to the floor slabs on each side creating one large continuous floor plate on each level.

Falco says one of the most critical considerations was axial shortening (shrinkage, creep or settlement under load) of the new structure, which came with the risk of introducing new loads into the existing structures through the dowelled connections.

To counter this Falco and the team considered a range of options for the columns including steel, composites and timber.

“We settled on 80 MPa precast concrete left to cure for 28 days before installation, allowing most shrinkage to take place before being placed into service.”

Secondly, the dowels will remain ungrouted until the top floors have been completed and new loads are imparted onto the infill structure.

“This allows axial shortening due to shrinkage and creep to take place independently before grouting the dowels and amalgamating the structures.”

But this required a temporary connection solution to restrain the new structure and avoid buckling of the columns until the dowels were grouted. Steel flat plates were used to bolt the new infill slabs to the existing floor slabs as a temporary means of lateral restraint.

Inertia Engineering were selected as finalists for the 2020 AEEA Awards for their work on The Midtown Centre.

The most iconic feature of the building will be its 2-storey high, level 20 sky garden designed by landscape architects, Lat27, and interior architect, Cox Architecture, which will allow occupants to walk outside and enjoy natural greenery while overlooking the city.

The project team says that this dedication to outdoor space, along with an abundance of natural light and 3-level mixed-mode naturally ventilated atriums embrace Brisbane city’s ‘Buildings that Breathe’ initiative.

Rio Tinto has been secured as the anchor tenant for the upper levels of the building when it opens in 2021.

“The world is full of existing buildings, so to reuse and repurpose those in positive ways has a huge environmental benefit and I think we are going to see more and more of that,” Curzon told the BBC. 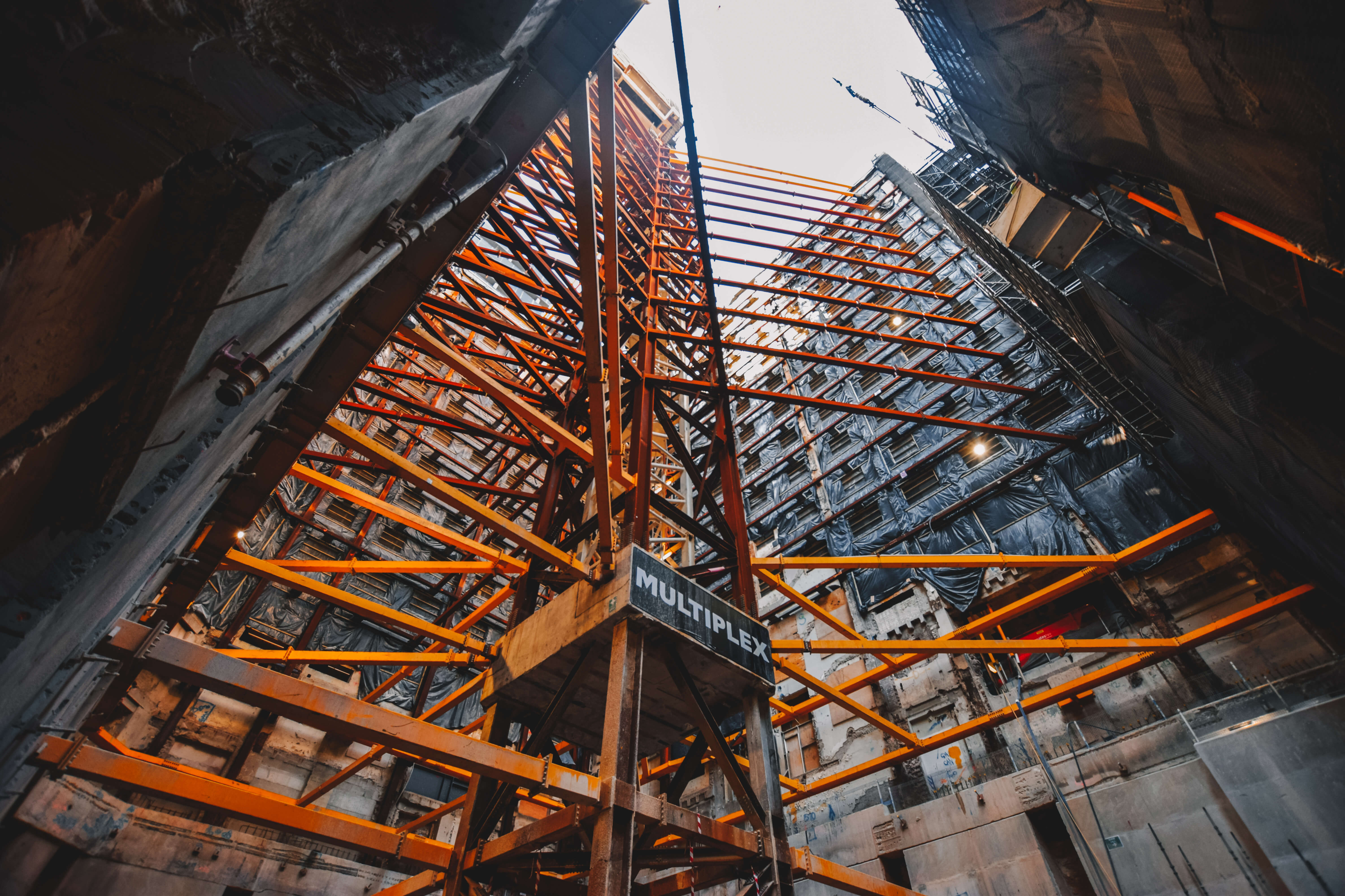 The intricate bracing and propping design by TTW enabled the building’s 400 t heritage clock tower to be suspended over the live construction site while the building is being restored. The solution also allowed bracing of the 65.5 m heritage facade while Shell House was completely gutted and upgraded, including demolition of its structural system. 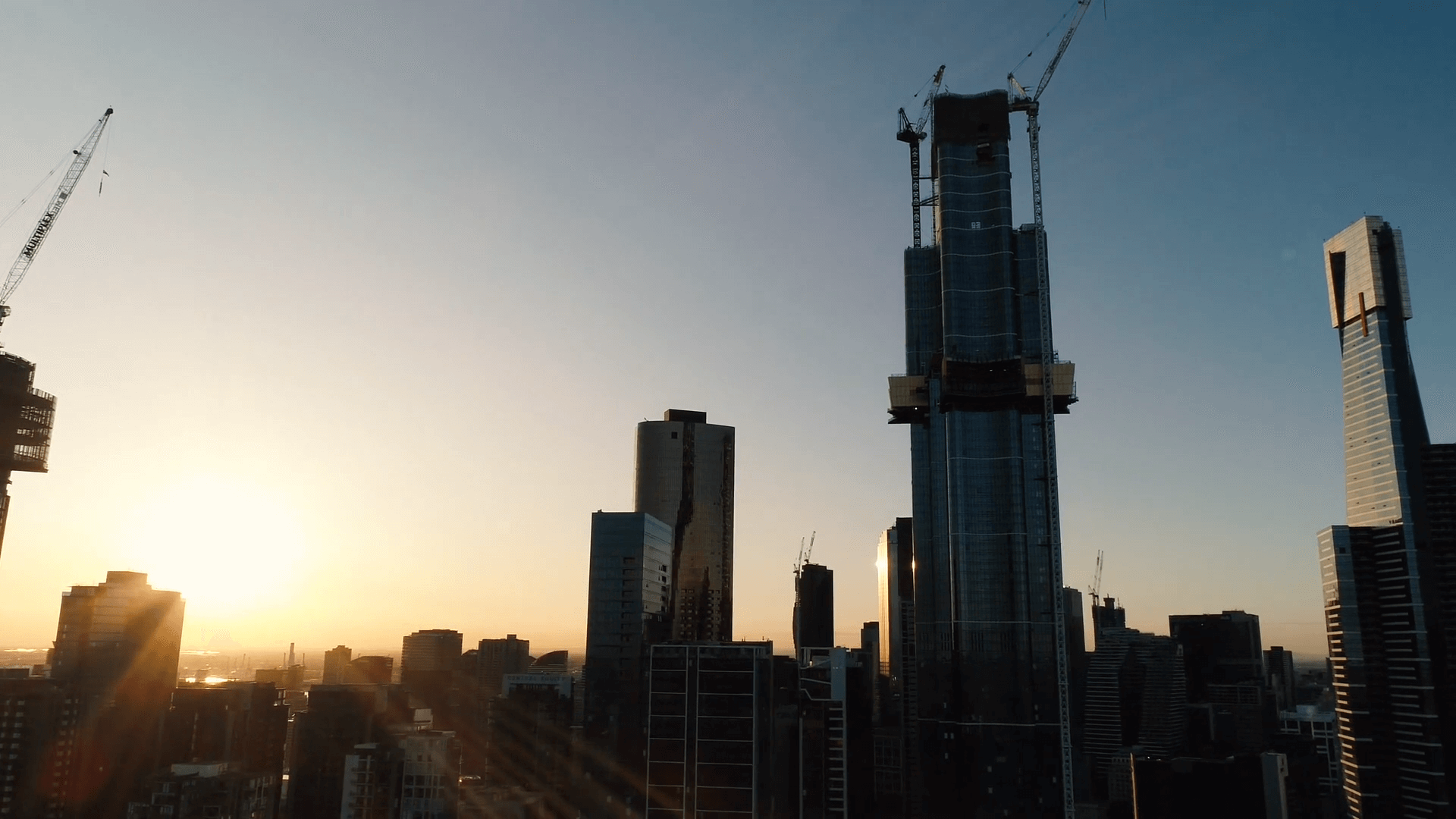 Built on a deposit of Coode Island silt, and with two pools cantilevering 6 metres out, 219 metres above the ground, we wanted to find out how this 100-storey, 318.7 m high behemoth stays standing.