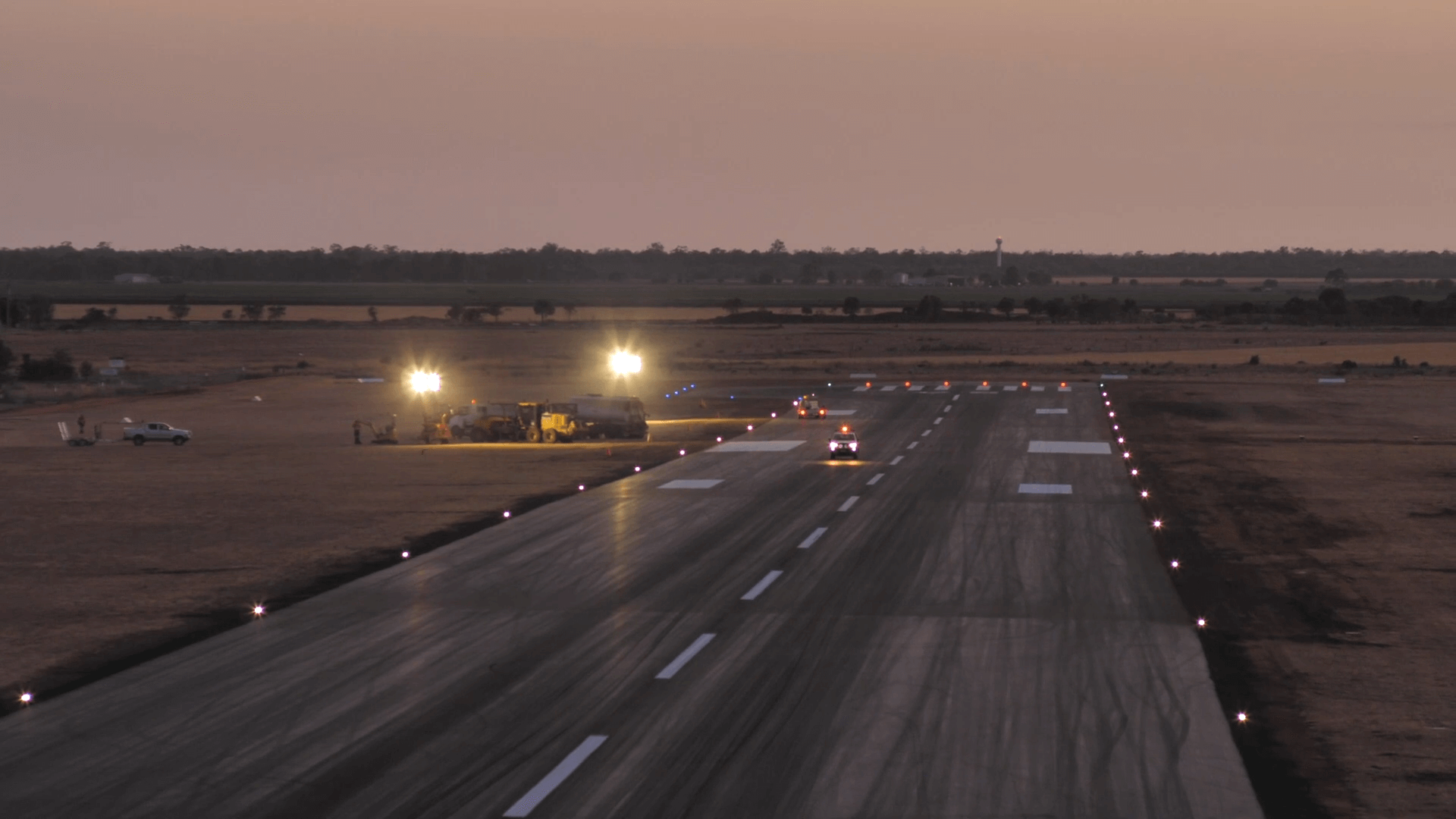 Queensland’s Emerald Airport runway was recently resurfaced but, unlike most flexible airport pavements, it was done without the laborious task of installing grooves to achieve the required surface friction. It is one of only a small number of airports in the country that have utilised stone mastic asphalt (SMA).

Flexible airport pavements in Australia are typically surfaced with dense graded asphalt (DGA). But in order for DGA pavements to achieve the minimum aircraft skid resistance, transverse grooves must be sawn in the whole length and width of the runway.

Whilst this is costly and labour-intensive, the worst part is that these grooves can close over time under heavy aircraft loads, particularly in high temperatures.

An airport pavement expert says that the use of ungrooved SMA instead of grooved DGA can substantially reduce whole-of-life maintenance costs. But it isn’t yet being adopted by Australian airports, despite being used on runways around the world.

“SMA is not a new concept - it is used on runways globally and it is widely accepted by all Australian state road authorities. But it’s long been standard practice in Australian airport pavements to use grooved DGA and the risk averse nature of the industry means it’s resistant to change”.

White worked alongside Boral, GBA Consulting Engineers and GHD to deliver the Emerald Airport upgrade which, he says, will provide a good pilot project to demonstrate SMA’s performance.

One of its main advantages is that it can meet the minimum skid resistance required by the  International Civil Aviation Organization (ICAO) without the need to install grooves after placement, unlike DGA.

“There may be a perception that it’s interior for this reason, but it has been used successfully in major international airports, some of which experience frost, snow and icy conditions.”

What is Stone Mastic Asphalt?

With this higher ratio of coarse to fine aggregate, the coarse aggregate interlocks to form a strong stone-on-stone skeleton. The voids are filled with strong mastic created by binder, filler, fine aggregate and fibres for enhanced stability.

It is primarily used as a surfacing course due to its high surface texture, high resistance to deformation and low permeability. For this reason, it is often used on heavily trafficked roads.

SMA was developed in Germany in the 1960’s and has since spread across Europe and the world. It can now be found in major international airports including Hamburg, Oslo, Beijing, Madrid and Buenos Aires.

What are the Advantages of Stone Mastic Asphalt?

SMA has several advantages over dense graded asphalt, including:

In the context of aviation, this high surface texture means it meets international skid resistance requirements without saw cutting grooves in the runway.

Additionally, SMA’s high resistance to deformation means that it can withstand heavy loads created by aircrafts taking off and landing in high temperatures without deforming, thus maintaining its surface texture for longer than dense graded asphalt.

All this means one thing: less maintenance over time.

White estimates the SMA used at Emerald Airport cost 4% more up front but will provide an increase of around 4-6 years on the time-to-maintenance compared with dense graded asphalt.

What are the Disadvantages of Stone Mastic Asphalt?

SMA demands more care and quality control in its mix design, production and installation than DGA whilst the upfront material cost is higher due to the greater binder content and the use of fibres.

Sydney airport performed an SMA trial on one taxiway in 1999 but didn’t prove a success due to construction issues. 20-30% of the surface exhibited a coarse, uneven and poor finish thought to be because of plant difficulties, operational delays, and low mix temperatures.

White is now an advocate for considering SMA as an alternative to grooved DGA due to the cost savings that can be gained, particularly by small airports managed by local councils.

He has established an airport pavement research program at the University of the Sunshine Coast to address the lack of R&D in the sector.

White says that the biggest barriers to widespread adoption of SMA are awareness and education but believes interest is growing, saying the Emerald Airport project is the sort of pioneering project needed to spread the word and ease any concerns over its performance.