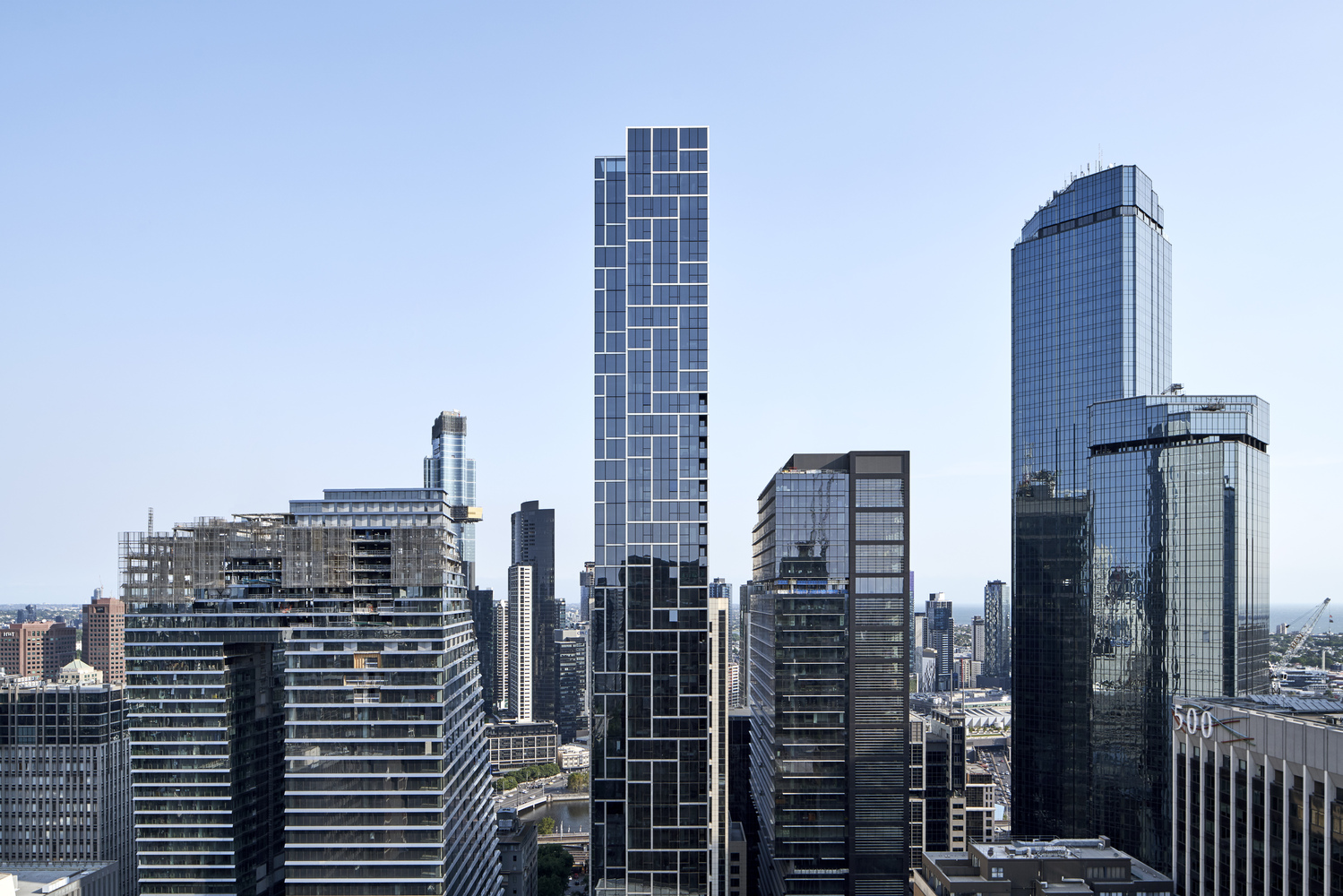 Melbourne’s Collins House (466 Collins St) has received a Popular Choice Award in the Concept – Architecture + Prefab category at the Architizer A+ Awards.

With a street frontage of 11.5 metres and the existing heritage Makers Mark (1908) building to be retained, this was a construction challenge as much as a design challenge. Being able to maximise usable floor space whilst providing lateral stability was a task for Melbourne-based structural engineers, 4D Workshop.

The original development was intended to be 225 m with a slenderness ratio of 20, but after planning restrictions limited the height, the building was reduced by 41 m.

In order to account for lost floor space, air rights were purchased over the adjacent property which “created a development opportunity at the expense of structural efficiency,” writes Bates Smart.

A 4-metre cantilever was introduced into the design from the 14th level and above, creating around 6000 m2, but shifting the building’s centre of mass off-centre and its centre of rigidity in the opposite direction.

“These combined effects contributed to a magnification of accelerations due to torsional effects,” writes Whittle.

The compromise was to eliminate window openings in the west elevation whilst incorporating stiffened floors at levels 27 and 47 to improve the structures torsional rigidity. This resulted in a towering monolithic wall when viewing the building from the east - becoming the subject of some controversy. The wall features a herringbone pattern created by aluminium fascia elements that “infers the historic patination of the existing building.”

In addition, two liquid-tuned damper tanks near the top level provide acceleration control - a 400 tonne tank for controlling acceleration in the north-south direction and a smaller tank for the east-west.

To tackle buildability on such a tight site, renowned prefab builder Hickory Group was brought in early on an Early Contractor Involvement (ECI) basis.

Hickory used parametric modelling to design integrated facade and floor sub-assembly components, allowing the input of project-specific parameters such as size and weight to design the most practical components for installation.

These could be prefabricated off-site and installed within 30 minutes of arrival on site.

Hickory says this method reduced construction time by 30% and eliminated the need for scaffolding from the 14th floor and up.

“Offsite construction also substantially reduced the amount of material and labour onsite which enabled the site to function effectively with one tower crane and a twin-car material hoist," says Hickory.

Even the structural frame walls partially comprise of a prefab component - being thickened by a cast insitu wall after installation.

"The project has highlighted that prefab is particularly useful on small footprint sites with limited access, where the logistics of delivering materials and equipment on site can be particularly challenging." 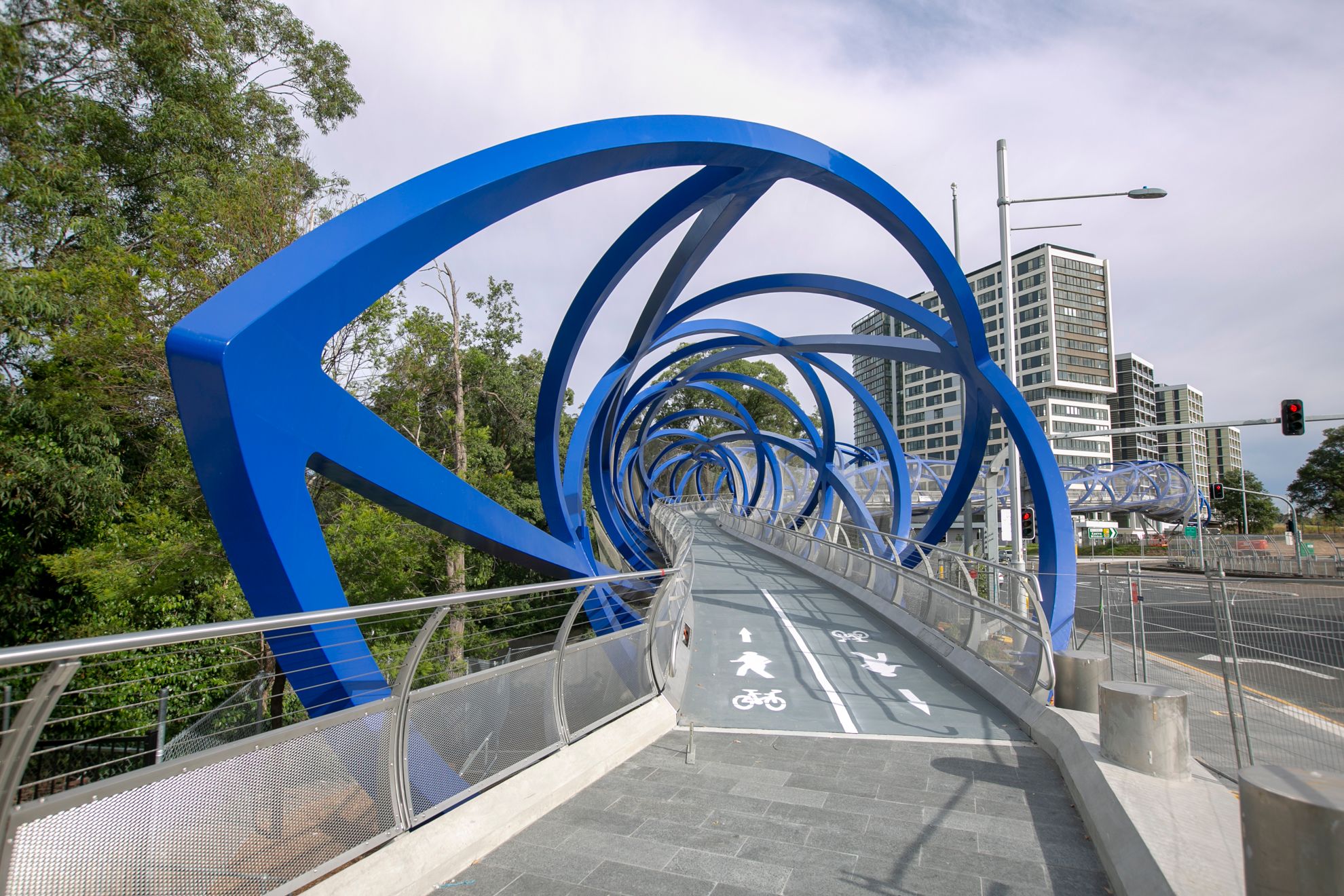