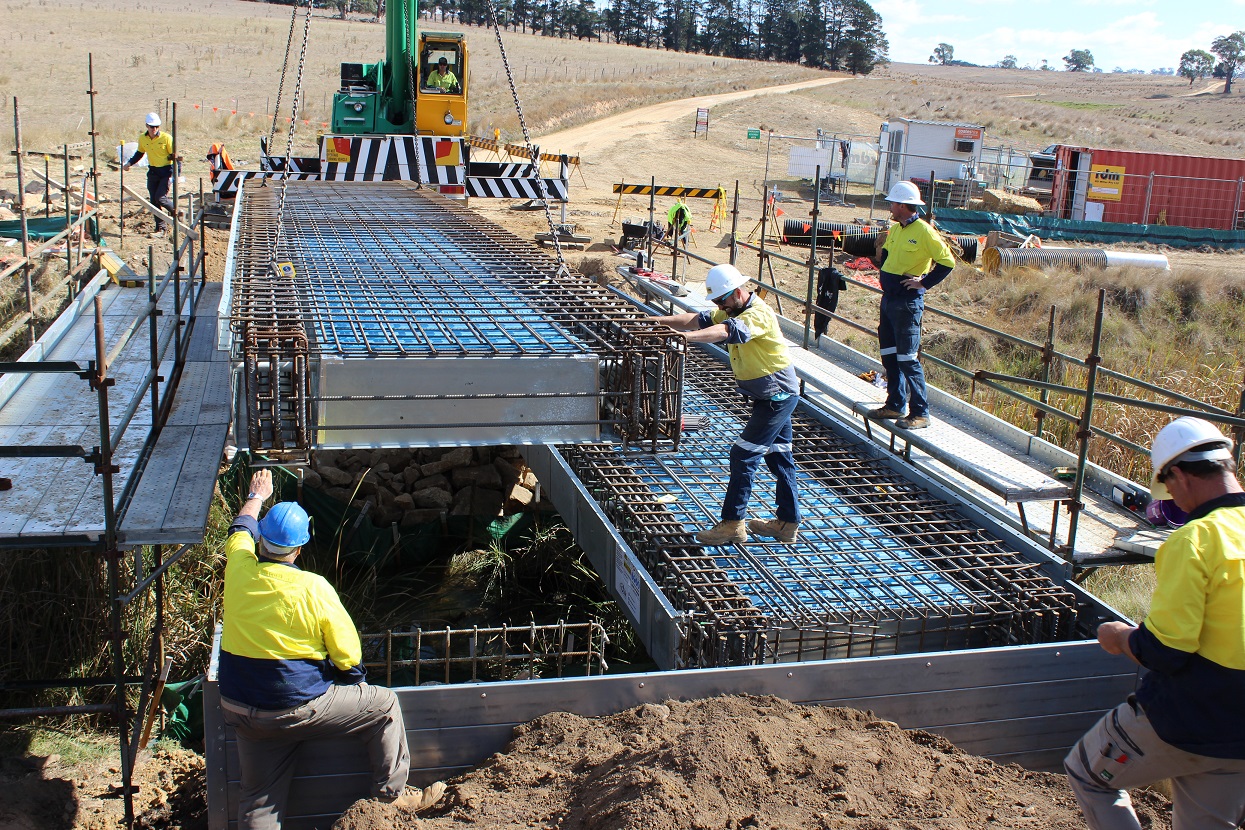 When fires ripped through NSW during Black Summer, many bridges were damaged or destroyed, hampering access and disconnecting communities.

The challenge to rebuild bridges quickly to get critical roads back in service has been taken up by an innovative company in Goulburn, NSW who have patented an innovative bridge system.

The system comprises a prefabricated metal formwork tray, which forms the shape of the element; and a steel reinforcing cage, which is attached to and supports the tray, eliminating the need for falsework below.

The whole system can be shipped on one or two truckloads and dropped into place with rebar already attached, ready to receive concrete. This minimises construction time to between 2 and 4 days in some cases (excluding curing time).

Around 10 bushfire-affected bridges are expected to be replaced using the system including in Clarence Valley, Oberon, Queanbeyan, Shoalhaven and Bega.

“On-site preparation time usually associated with erecting formwork and placing rebar is eliminated. The system is lightweight which means easier access in difficult conditions and the cranage requirement is significantly reduced compared to precast.”

But it's not just prep time and cranage that leads to cost savings. The bridges can be constructed as fully integral which means no joints, bearings,  tie-downs or bolted connections.

This makes installation so simple that local contractors can construct the bridge and substantially reduces maintenance over the life of the bridge.

“We even have some local councils installing it themselves,” says Lindley.

60 bridges have been constructed using the system so far and the company says that a bridge built with their system can be completed for around $2,800 to $4,000 per sqm including components, concrete, piling, plant and labour.

The system, developed in conjunction with global engineering firm, SMEC, and leading reinforcement supplier, The Australian Reinforcing Company (ARC), comes in varying widths for single and multi-span bridges with deck spans up to 18 m.

In January, the NSW government pledged $1 billion to assist with rebuilding bushfire-affected infrastructure.