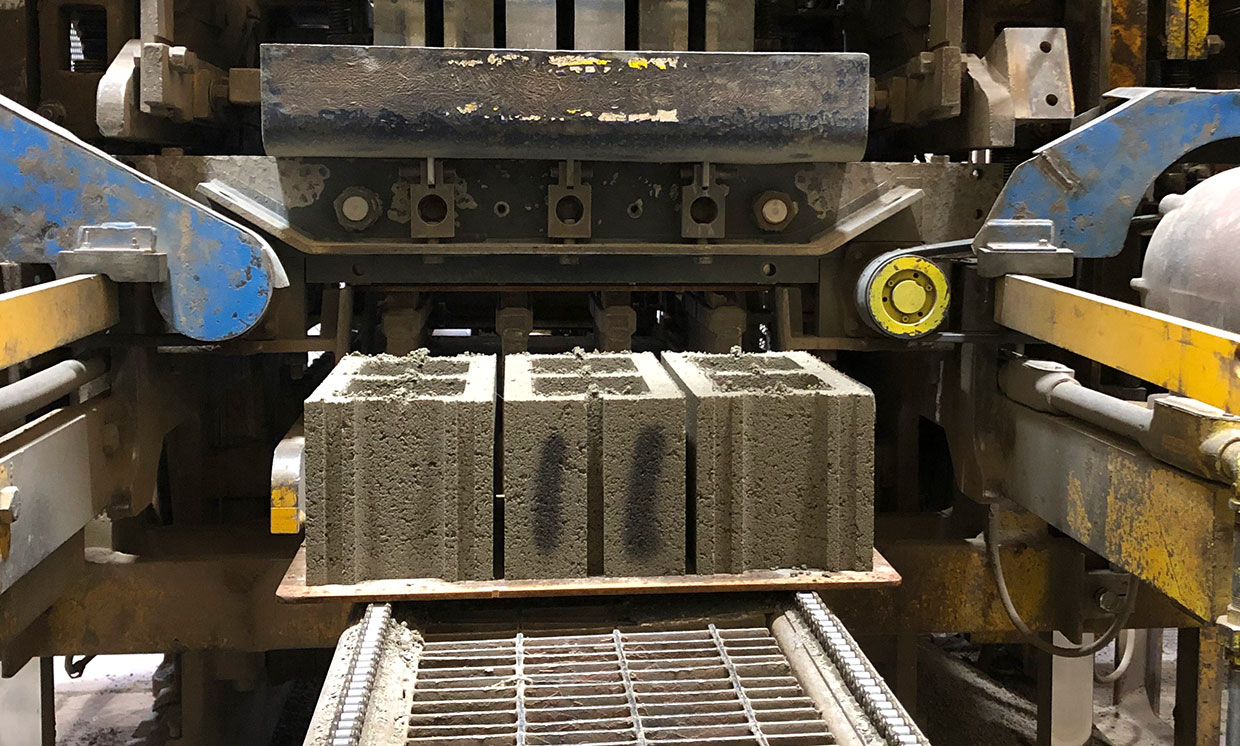 These Companies are Turning CO2 into Concrete.. Could it be the Solution to Construction’s Emissions Problem?

Innovative companies and universities are successfully converting CO2 into building products. If the concept can be scaled commercially, emissions produced from concrete production could be drastically reduced.

A group of researchers born out of UCLA have developed a process to produce concrete blocks using carbon dioxide. CO2Concrete first released their technology to the world in 2016, but now, they may be in for a substantial windfall to help bring the technology to market.

They are in the running for a possible $7.5 million prize as part of the NRG COSIA Carbon XPrize, a competition awarding innovators who can turn CO2 into useful products.

“We take CO2 that is emitted from a power plant and inject it directly into a curing chamber, it is then absorbed into the CO2Concrete mixture, which hardens like concrete,” says Dr Gabriel Falzone, VP of Technology and Dr Iman Mehdipour, VP of Production at CO2Concrete.

Currently, many ‘direct air capture’ technologies capture CO2 from the air but then have the problem of working out what to do with the physical pellets they produce. A Canadian company backed by Bill Gates and several oil giants, Carbon Engineering, is even resorting to using them to generate more carbon-emitting fuels.

CO2Concrete’s process takes ‘carbon capture’ to a whole new level by upcycling. That is, reusing waste materials to create new products of value.

This is a double win for concrete’s emissions as it cuts down emissions resulting from concrete production and captures additional CO2 from power plants that would otherwise go into the atmosphere. Then it permanently stores it in the concrete.

CO2Concrete’s chemistry was inspired by Roman structures which used calcium oxide (burnt lime) mixed with water to create mortar. Over time, this would absorb CO2 to generate calcium carbonate (limestone).

The team realised that if they could find a way to speed-up this process, otherwise known as CO2 mineralisation, they could create solid building materials.

Using portlandite (calcium hydroxide) in the recipe proved to be the key. The process works like this:

A wet mix is created using portlandite, aggregates and other ingredients. This is placed into forms and then in a reactor which has a CO2 flue connected directly from a carbon-emitting plant. The ingredients are then heated at near ambient temperature as they take up CO2 and cure inside the reactor. When they are finished, the result is a hardened building product resembling a concrete block.

The carbon race is on

According to Carbon180, the global market for turning waste CO2 into building products could be worth as much as $1.3 trillion.

It’s no surprise then that CO2Concrete aren’t the only ones looking to take a slice of this potential trillion-dollar industry.

They claim that their building products can reduce concrete carbon emissions by 70% compared to conventional concrete blocks.

Similarly to CO2Concrete, their chemistry involves an alternative binder instead of cement and the absorption of CO2 during curing. But their process still demands temperatures of 1200°C.

CarbonCure inject CO2 into the wet mix which ‘reacts with calcium ions from cement to form a nano-sized calcium carbonate mineral’. This increases concrete strength by around 10%, thereby reducing the cement content needed and sequestering CO2 permanently in the concrete.

Carbicrete, on the other hand, is cement-free, using slag instead of cement and capturing CO2 during curing. They claim they are carbon negative - consuming more CO2 than they emit during their manufacture.

Many of these concepts and technologies aren’t necessarily that new, but these companies have tweaked the chemistry and the process in order to make them commercially viable - which is the key to any chance of success.

“What’s unique about CO2Concrete is that it doesn’t require the CO2 to be purified first, we take it directly from the source,” Falzone said. “This reduces friction in the process but it then becomes a logistical challenge of being close to a CO2-emitting plant.”

Reducing CO2 alone won’t be incentive enough for the large corporate producers that dominate the concrete industry. In order to achieve widespread adoption, these products will need to be practical and reduce the cost of high-scale production.

Could this Solve Concrete’s Emissions Problem?

Concrete accounts for around 5-8% of the world’s carbon emissions and is the second-most consumed resource (water being the first).

There are two main sources of CO2 emissions from concrete production: (1) the chemical reaction releases CO2 when clinker (limestone, clay & other raw materials) is fired to make cement; and (2) extremely high temperatures around 1,500°C are required to fire the clinker which is highly energy intensive and typically powered by coal.

The CO2-cured concrete products tackle both these problems whilst also taking additional CO2 out of the atmosphere and giving it a permanent place for storage.

But the wet mix is required to be placed into a reactor or oven to cure with CO2, making it practical for the precast market only, which is far smaller than that of insitu concrete.

Estimates suggest precast concrete is at least 15% of the global concrete market - but as much as 50% in higher socio-economic countries where labour required to place insitu is expensive.

Whilst using CO2 waste to make precast concrete will be a substantial step in the right direction, alone it won’t be a complete solution.

Several companies are working on insitu applications by using alternative binding materials instead of cement to create what’s known as geopolymer concrete.

Geopolymer concrete substitutes cement for an alkali activator such as sodium hydroxide in conjunction with supplementary cementitious materials such as slag and fly ash.

The activator reacts at room temperature, so the concrete can be poured on site.

Some estimates suggest that geopolymer concrete can reduce emissions by around 50% compared to conventional concrete (however these figures have been disputed).

In Australia, Wagners is making solid progress on bringing geopolymer concrete to market and proving that it works. They recently completed ‘the world’s greenest airport runway’ which was featured on ABC’s Catalyst.

Another Bill Gates-backed startup, Heliogen, is trying to tackle the emissions resulting from powering the kilns by using solar-generated electricity.

Heliogen uses AI-powered software to align a large array of mirrors which reflect sunlight onto precisely the same point. This generates temperatures up to 1,500°C - enough to produce cement.

Once again, the electricity used to power the kilns only accounts for around 40% of concrete’s emissions so this won’t be a complete solution on its own either.

There isn’t one single technology that will get to net zero emissions from concrete production. What is needed is a combination of the abovementioned technologies - alternative binders, additional CO2 sequestering, solar-powered kilns - along with the use of alternative materials in construction such as sustainably-sourced timber.

But even green concrete and sustainable building materials require a substantial amount of energy to produce. So despite all these innovative new concrete alternatives, what will be imperative to solving construction’s emissions problem is powering their production using renewables.‍

The final round of Carbon XPrize is due to take place in November 2020. 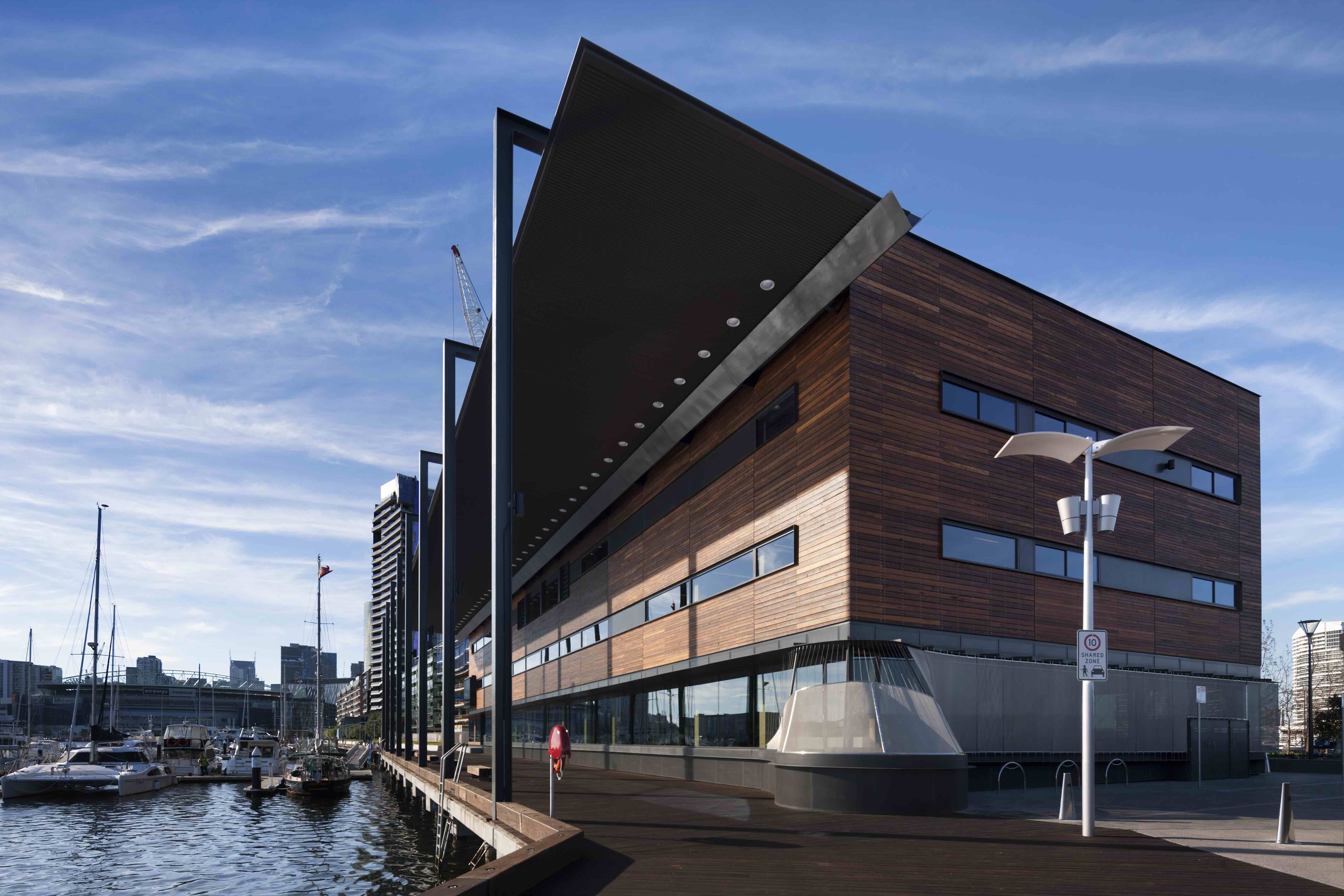