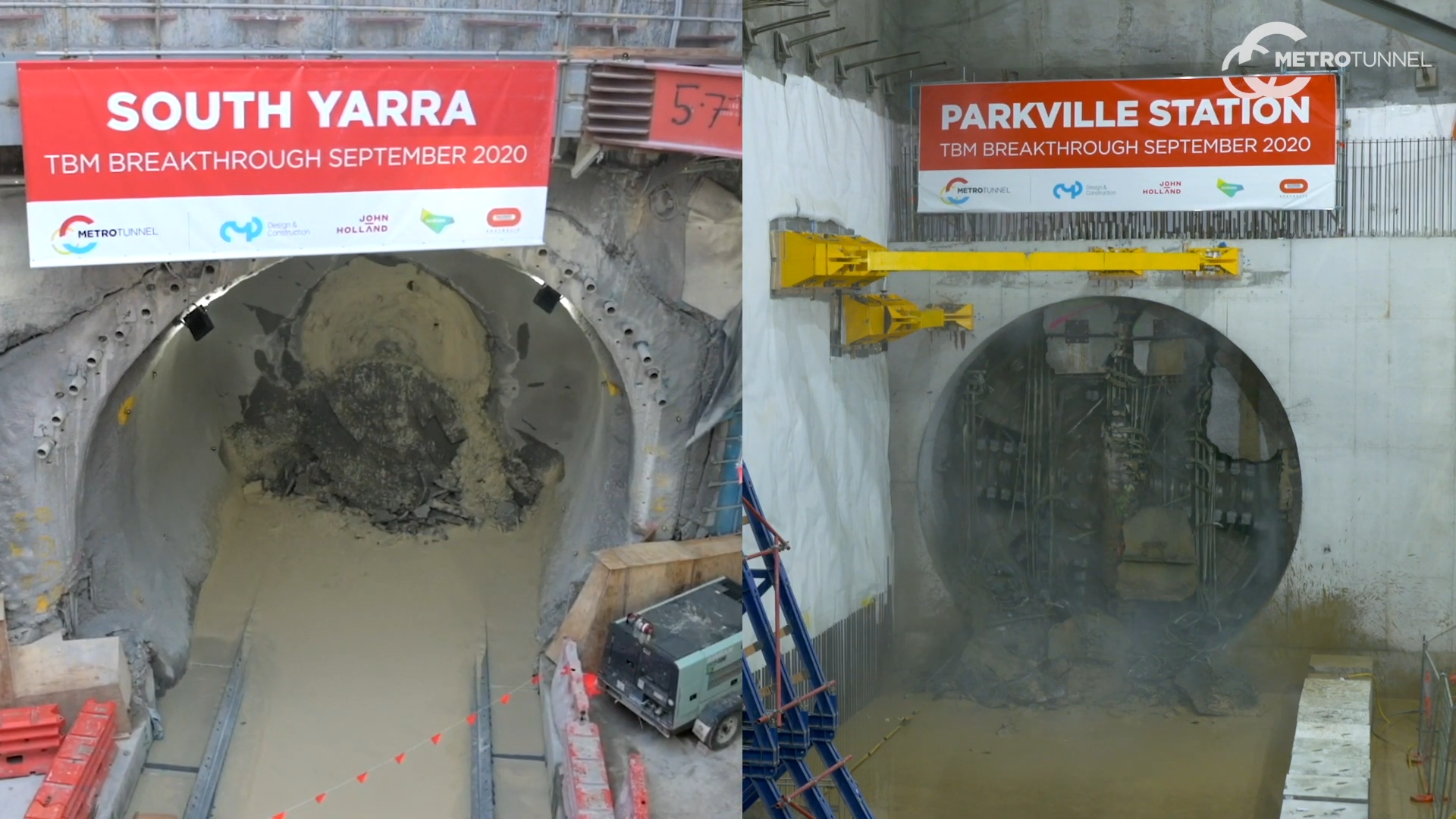 Melbourne Metro has achieved another major milestone with 50% of tunnelling now completed.

The halfway mark comes after two TBM’s broke through within 24 hours of one another.

Melbourne Metro’s four TBMs have so far excavated over 364,000 m³ of rock and soil and installed more than 30,000 individual concrete segments to line the tunnel walls, each weighing 4.5 tonnes.

“To reach the halfway mark of tunnelling and to have two major breakthroughs in successive days just shows how hard crews have been working to keep building major infrastructure Victorians will benefit from,” says Minister for Transport Infrastructure Jacinta Allan.

TBM Millie’s cutterhead and shield will be craned out of the South Yarra site then transported to Anzac Station, while the rest of the TBM will be pulled back through the tunnel to Anzac Station. It’ll then be reassembled and relaunched towards Town Hall Station later in the year.

Meanwhile, TBM Joan will be relaunched within the coming weeks at Parkville Station to dig towards the new State Library Station, with TBM Meg following soon after.