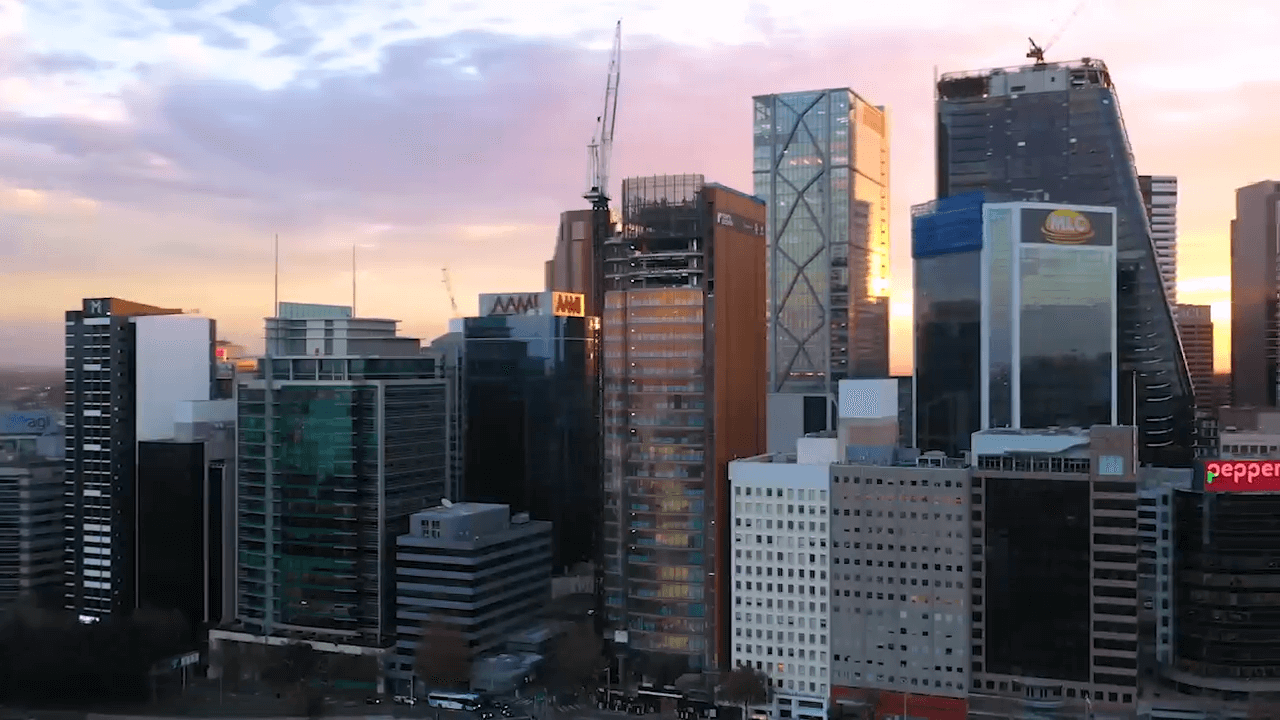 North Sydney’s Skyline is Changing Drastically.. These are the Newest Buildings in its Lineup

North Sydney’s race for the skies has been intensifying ever since 177 Pacific Highway became North Sydney's second tallest building in 2016.

Northpoint Tower, the tallest building since 1980, got a facelift in 2018 but lost the title to 100 Mount St when that topped out in October 2018. Built by Laing O’Rourke, it’s now their new Sydney headquarters.

Roberts Pizzarotti, the new venture between Multiplex scion, Andrew Roberts, and Italian contractor, Impresa Pizzarotti & C, topped out their first project ever in May 2020: Zurich Tower, located at 118 Mount Street. It’s not a contender for the tallest building but adds to North Sydney’s growing lineup of commercial towers.

One Denison topped out in February 2020 - currently making it the tallest building in North Sydney. The 37-storey building was designed by Bates Smart and built by Multiplex.

It’s splayed elevation and sleek facade reduces impact on its neighbours and ‘breaks up the rectilinearity of surrounding buildings’ according to its designers.

Built on a tight site, the ground level has been designed to open up public space with shops, restaurants and bars over two levels blending urban structures and natural features.

Vertical development is set to continue in North Sydney. NSW just fast-tracked a 42-storey over-station development at Victoria Cross Station to be delivered by Lendlease.

Aqualand has plans for a 29-storey mixed-use tower to replace SAP’s headquarters at 168 Walker St.

Chinese-backed developer Maville Group has plans for a Woods Bagot-designed 31-storey commercial building at 173 Pacific Highway, partially cantilevering over the 8-storey building on 116 Miller Street which is also owned by Maville.

Meanwhile, Billbergia has plans to rise even further than the rest with a 50-storey hotel & commercial tower approved for 86-88 Walker St.

North Sydney Council are also proposing a significant development as part of their Ward St Masterplan. The proposal includes a public square with restaurants, a knowledge hub (providing public access to technology), a cultural hub (gallery and performance spaces) and four commercial office buildings. One of the commercial towers shown in the proposal is 57 storeys.

Recently, a 44-storey Architectus-designed mixed-use development for 41 McLaren St was submitted to NSW Planning for a review after previously being rejected by North Sydney Council.